What guitar is Django playing in the J'Attendrai clip? 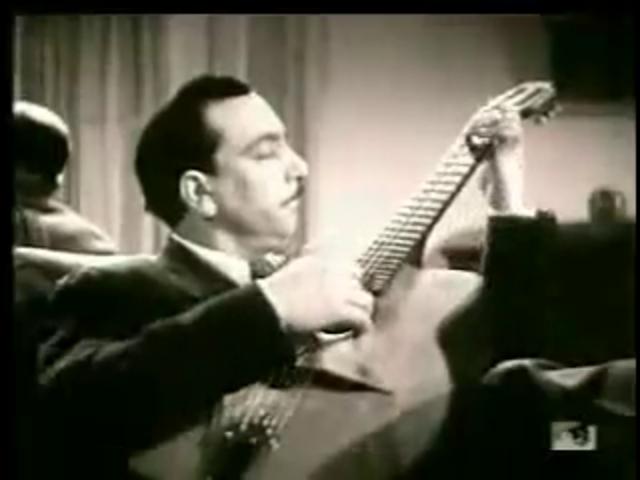