bohemewarbler St. Louis, MO✭✭✭✭ Jordan Wencek No.26, Altamira M01D-12 fret
January 2014 in Gypsy Rhythm Posts: 240
How is Adrien Moignard seemingly able to press down on the strings equally on each beat of a measure, do so lightly and gracefully, and still get the nice even muted, percussive chop on the 2 and 4, (and make it swing)? Try as I might, I can't duplicate it! I think I have it, then record myself, compare the two, and I'm way off because my 1-2-3-4 all sound the same (and no swing)! If you know how he's able to get this sound, please post here! Here's the link the Adrien Moignard's rhythm demonstration on "Minor Swing." 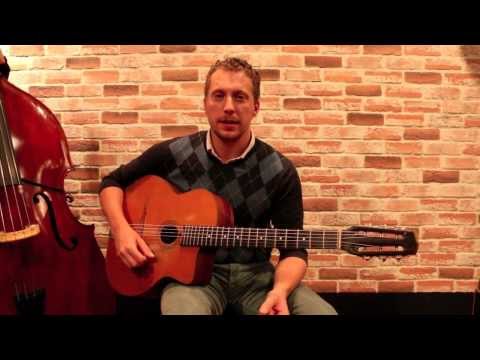