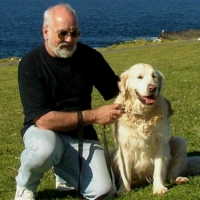 Ah yes, the famous old Castelluccia, for which Dorado still gets mentioned every time one comes up for sale.

But, can anyone tell me what pickup system he used.

I have a similar Castelluccia from the '60s (when they had the white plastic edge binding) but am new to the world of pickups and electrics.

I was just watching the DVD again last night and I was particularly listening for the various players individual tones. Of course Bireli's Dupont VR is the star of the show, but there were a couple of phrases where Dorado was hitting quite hard and sounding more 'electric' than 'mic'd', still an acoustic tone but almost on the edge of distortion. It looks like he has one of those small transducers under the bridge wired out of the endpin, anyone know more?