'Perception' vs 'reality' in improvising... what's the difference? Is there one?

My guitar buddy George and I had a little jam session out in the garage today, with social distancing and a 1300w heater....but sadly, its starting to look like the end of jam season in Canada is coming real soon...

George started it by talking about how when he plays, he still hears the former rock/blues guitarist that he used to be...

And I got to talking about how I never feel like I'm a "real" gypsy guitar player when I play... (not only that, but I'm actually trying to sound more like "myself" and less like "a gypsy"... but George says, no, dammit, you do sound very gypsy-ish.... a surprise to me!)

I remember reading somewhere about Django listening to some of his early HCQ sides, and being childishly surprised and ecstatic about what he heard.

Maybe sometimes Django even listened to recordings of himself and thought... "Oh, man, why did I do THAT?"

... widely regarded as one of rock's greatest singers... surprisingly.... hated his own voice...

I suppose that 99% of us hate our speaking voice when we hear a recording of ourselves, don't we?

Come on! You gotta be kidding me!

So, anyway, what do you think?

Have you ever experienced this odd disconnect between 'perception' and 'reality'...?

Or am I crazier than I thought?

Paul Cezanne: "I could paint for a thousand years without stopping and I would still feel as though I knew nothing."

Georges Braque: "In art there is only one thing that counts: the bit that can’t be explained." 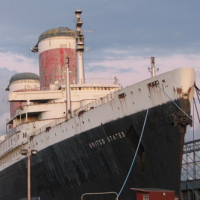 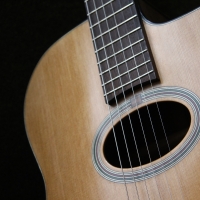