Has anyone played a DELL ARTE PIGALLE ? 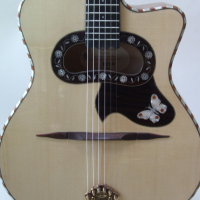