Price is $2800 PayPal gift (or $2884 goods/services) plus actual shipping to CONUS only. Includes original hardshell case (I didn't think to take pix of the case but I can add them).

It's a great playable guitar but I have another Rino and since I installed an Ischell on that one this one doesn't get played enough to justify me having two.

Rino makes some of the best sounding traditional Selmer replica guitars and 25 is one of his most powerful with a big, full sound and tons of projections. I bought this guitar new at Django In June in 2015. I chose it from five guitars Rino brought that year. It has the best tone for lead and was the loudest of the five (probably tied with the D-hole resonator model). It also has a pale, distressed top finish that is very distinctive. The walnut veneer used for the back looks a little kludgy at the top and bottom. I tried to show the less refined parts of the body assembly in the photo. Both the neck and body of the guitar are completely stable and have never had any problems. Craig Bumgarner and Rino have explained to me that the hairline crack shown at the top of the back is just the veneer and not a structural thing that requires any repair because the laminate back is not cracked or affected. It was like that when I bought it and hasn't changed in any way in the two years since.

I had Craig do a complete refret to get the action lower using the same fat fret wire he uses on his CB guitars. Craig also reshaped the neck to more of a traditional Selmer profile. The new fret job has the guitar playing comfortably with low action. I think I keep it between 1.8 and 2.5mm using the included shims in the winter. Oh and speaking of winter, I live in DC and keep my guitars in the bedroom with a humidifier running in the colder, dryer months.

I'm visiting family until Friday but I'll try to post a video soon to go with the pix below.

Send me a message if you want to buy it and I'll give you my PayPal email address. 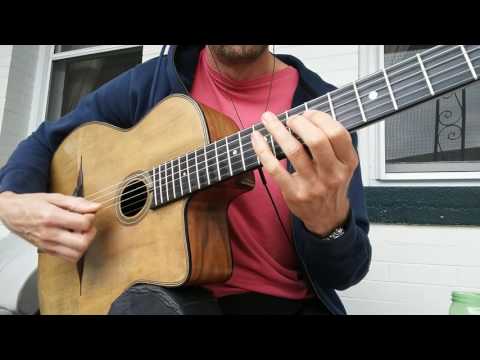 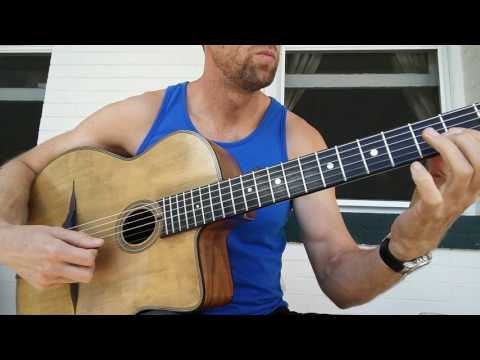