Please help me identify this guitar (Busato after all..??) 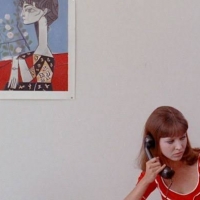 Hello everyone, I've got a mystery guitar on my hands. I got it in France, and all I know is that it was bought in the 1930s or 1940s. It has no markings at all, and I haven't succeeded in finding anything similar online. I brought it to a luthier recently to straighten the neck, he mentioned the neck is made of unusually soft wood. So the whole guitar is just how I got it besides the fret markers and the nut. Also its back is arched and the top isn't entirely flat, too.

Really hoping the pictures will ring a bell to someone! 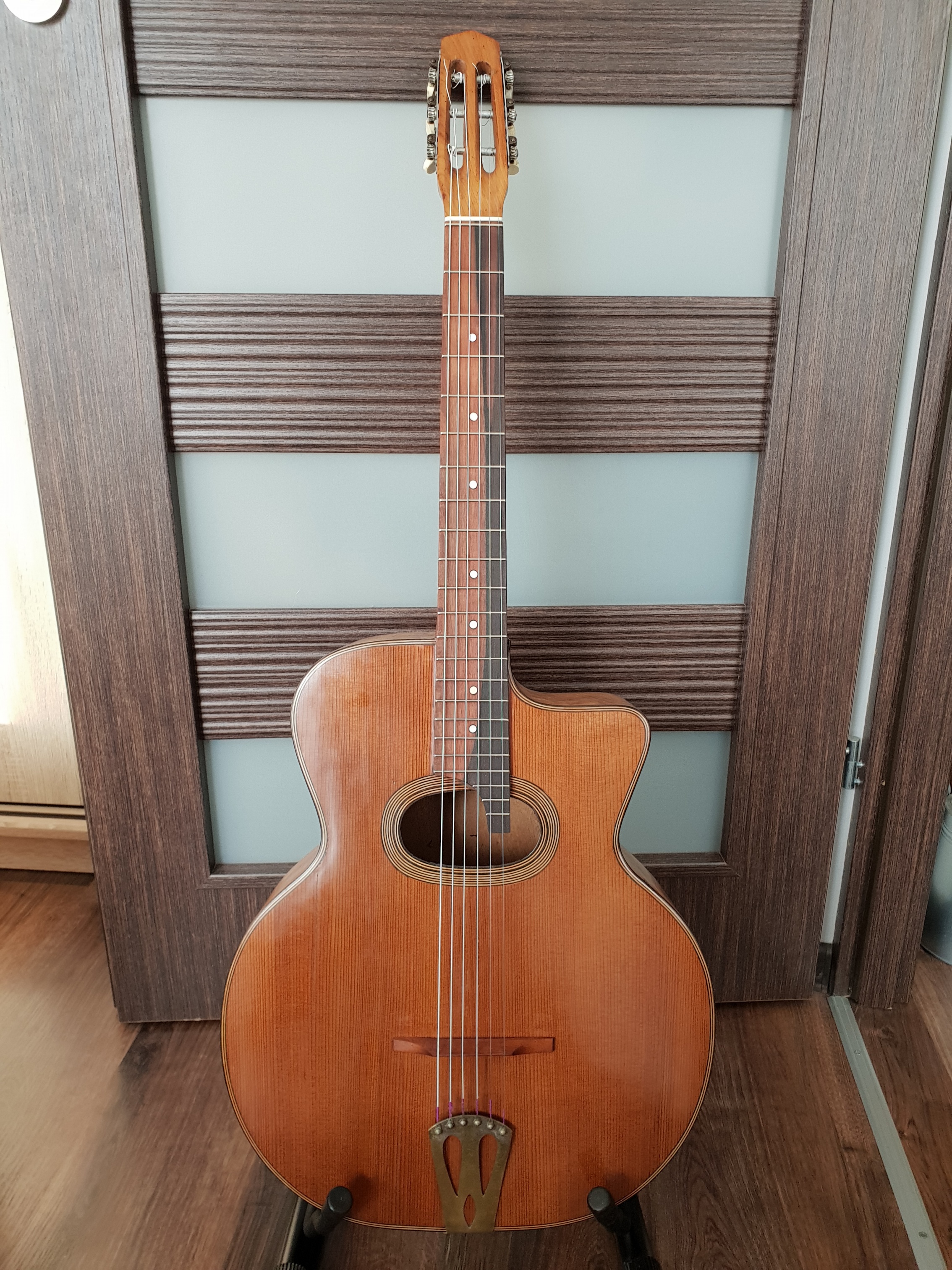 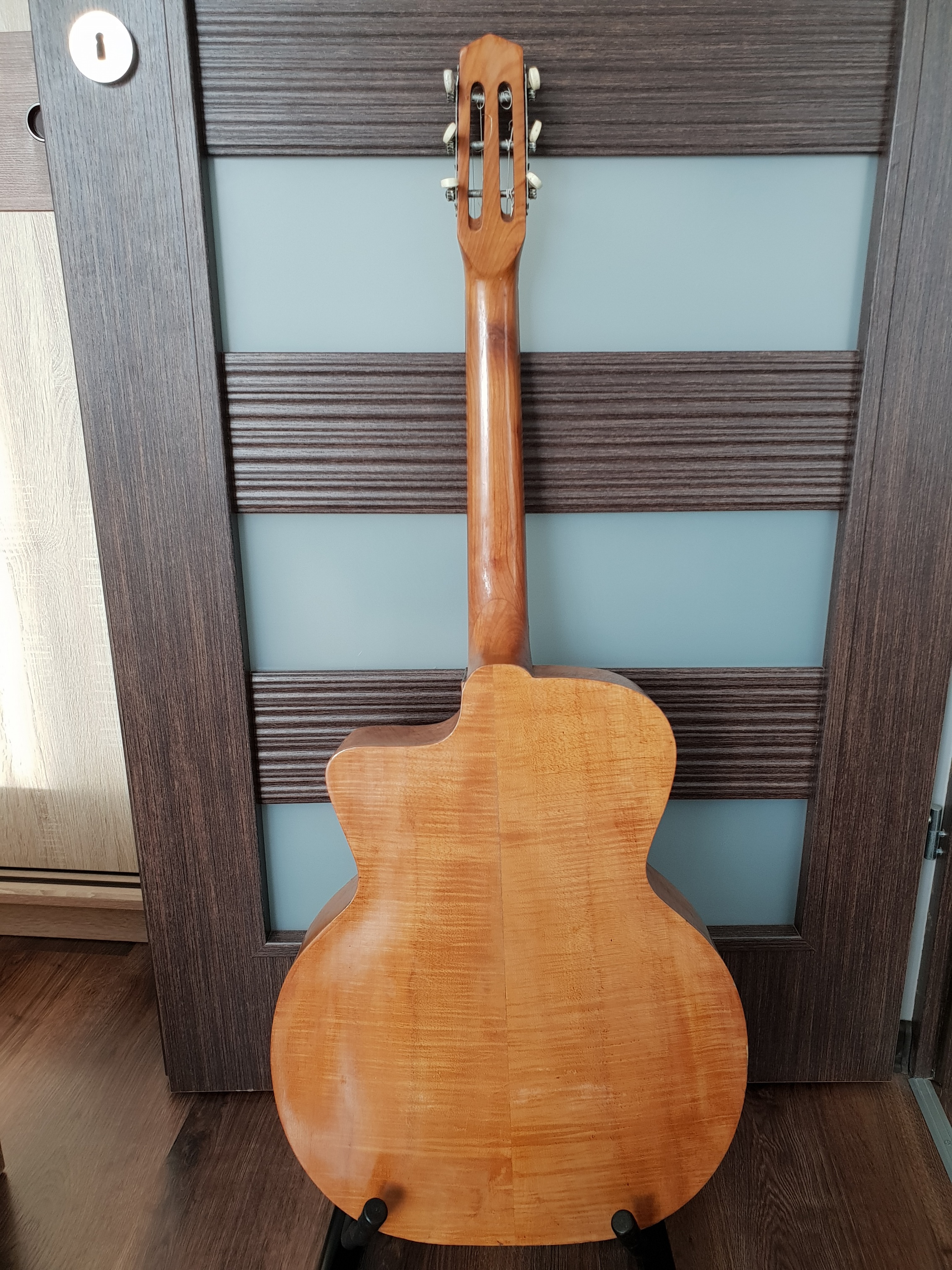 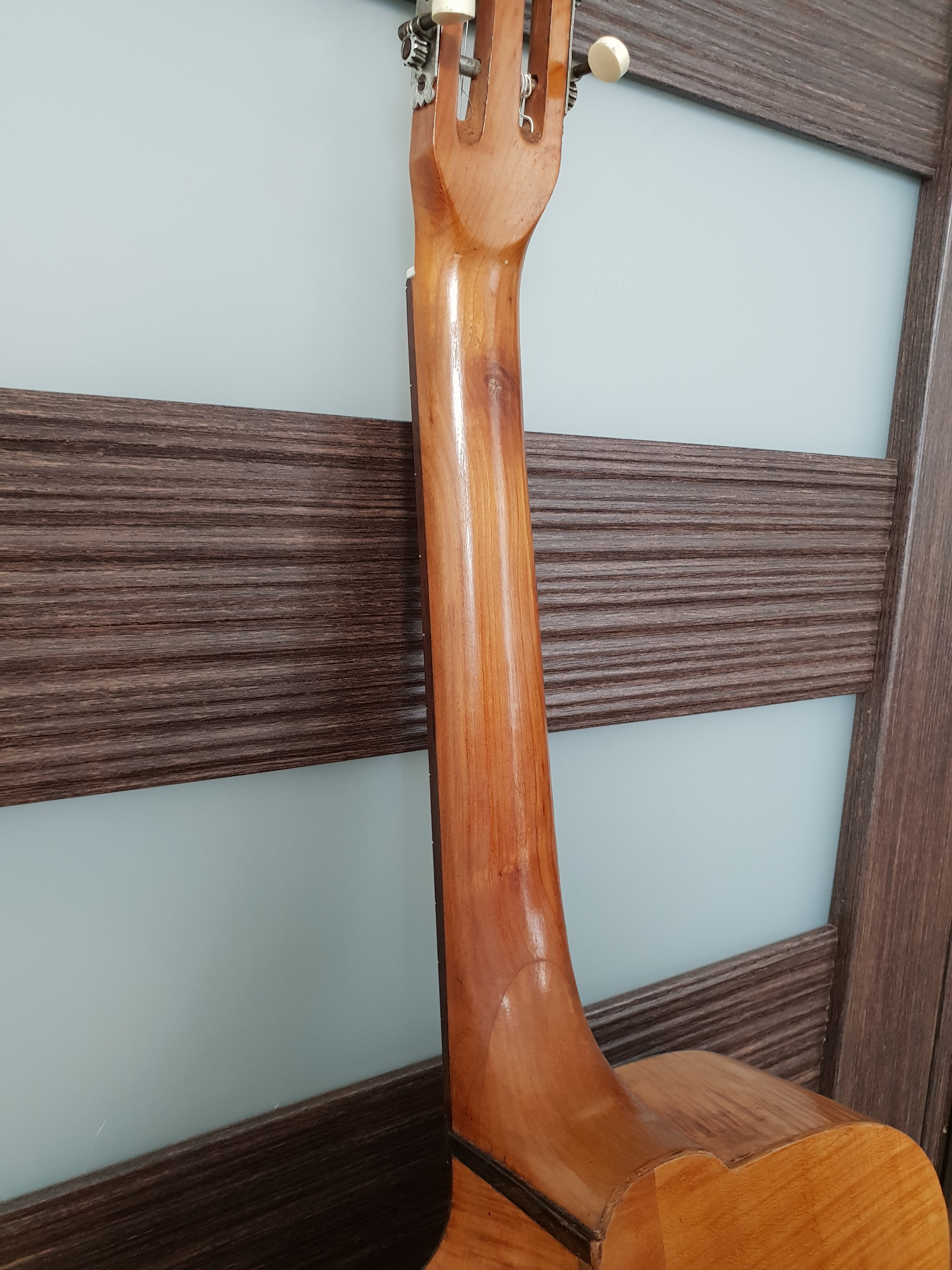 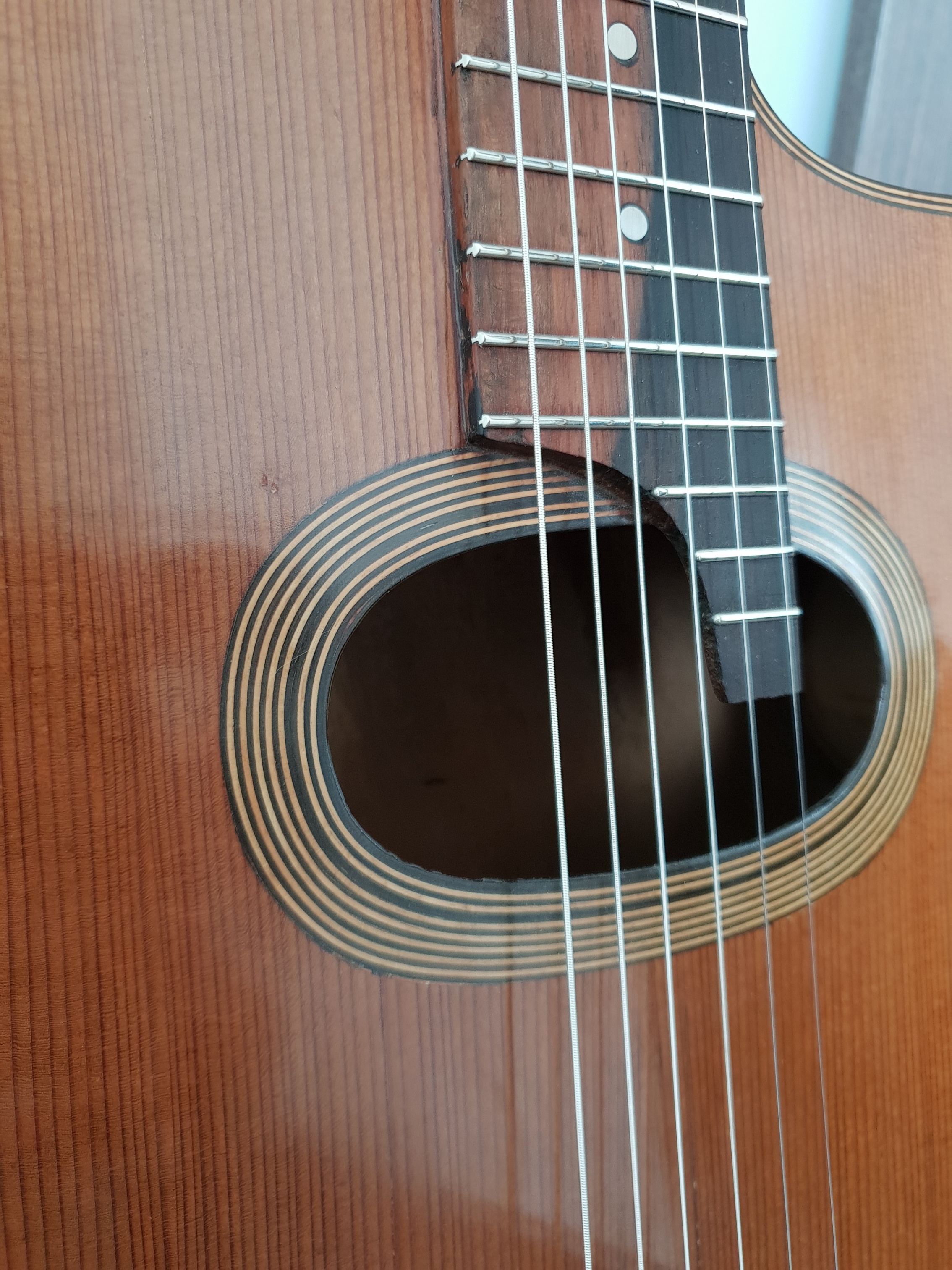