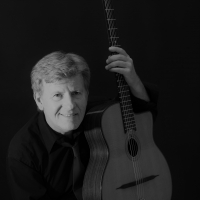 You know that solo at the end of the "instant voles" extra from the Jazz a Vienne DVD? Is this a tune Bireli or anyone else has recorded? I don't recognize it. And has anyone transcribed this piece? If not, I will go ahead and try it myself but I wanted to ask around if it exists before I waste my time. Thanks!!!