Rob MacKillop Edinburgh, Scotland✭✭✭✭
December 2014 in Welcome Posts: 201
Minor Swing seems to be a Rite Of Passage piece, something we all have to encounter sooner or later. I'm loving working on it, and have the first three choruses down reasonably well, and will keep working on them. The 4th course, though, is my stumbling block. Advice needed.

I have the original recording and two transcriptions, both of which differ in regard to the triplet chromatic run. Here's the one in the book by Romane and Derek Sebastian: 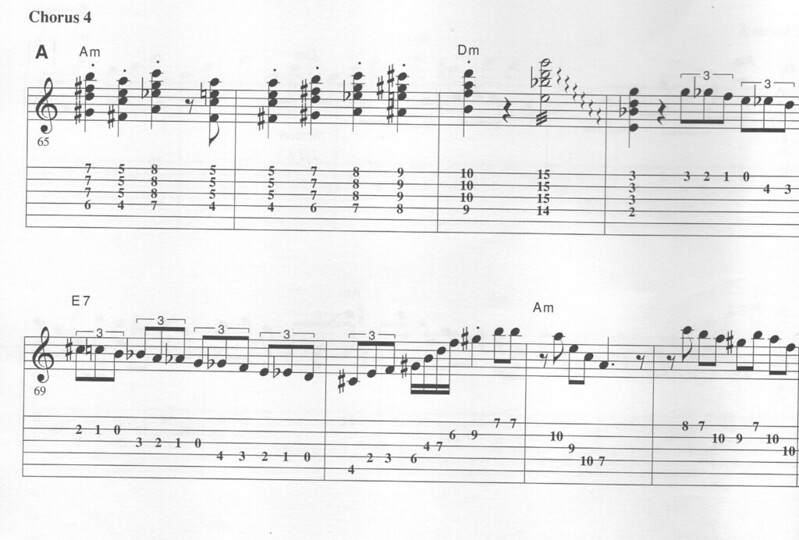 
and here's the one by Yaakov Hotter from his Gypsy Jazz School: 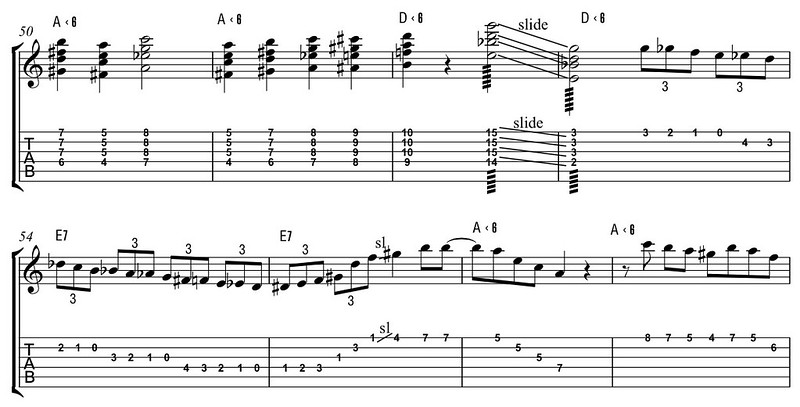 I've tried listening, and have to admit it goes too fast for me to pick out which is the more accurate.

So, before I spend five million hours slowly practising this run, which is regarded the more accurate?

At the speed Django plays it, I'd be happy to opt for the easiest version!

Agree? What happens after that depends on which version I choose...