guit-box ✭✭
December 2013 in Welcome Posts: 47
When I started learning this music over 10 years ago, I was listening to a lot of Django and transcribing his solos. So, the sound and feel of his rhythm playing is something I'm closely familiar with. Then when I first heard Bireli (I think it was the Bireli and Friends dvd), I quickly noticed that rhythm had a different sound that was much more intense than the 1930s-1940s Django rhythm. I have noticed some of the earlier 1930s Django stuff like Rose Room and Sheik of Araby have a more even sound on all 4s, but the later 30s and 40s has the bouncing rhythm. Obviously both are valid and everything is a matter of taste, but there is a clear difference between what modern players are doing and Django's rhythm section--you can hear the difference in the samples below. I know the modern players have variations too, but I've listened to a lot of them and they are more similar than different in my opinion. I characterize the modern sound as more equal on all 4 beats, with a quicker up stroke. All the chords are very short/choked and sometimes 2 and 4 are completely choked. In many of the Django recordings there is a clear difference with a lighter 1 and 3, a less choked 2 and 4 and a more swinging up stroke. Overall the imbalance in the Django rhythm makes for a really nice, light, bouncing and swinging rhythm. The modern la pompe can sound a bit stiff with too much emphasis on 1 and 3 for my taste. I really like the swinging sound of Django's rhythm the best. Someone told me that Fapy Lafertin's playing was the most like Django, but I listened to many examples, and he's good, but it doesn't sound like Django to me. Does anyone know if there are modern Hot Club bands that do the more swinging rhythm like Django did in the 1940s? 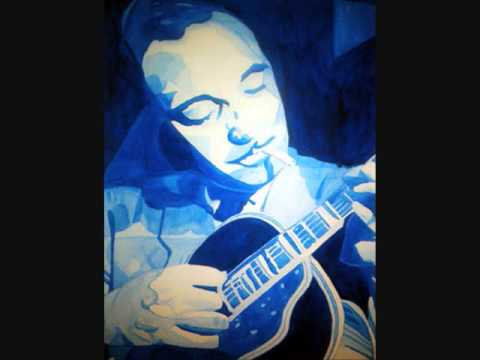 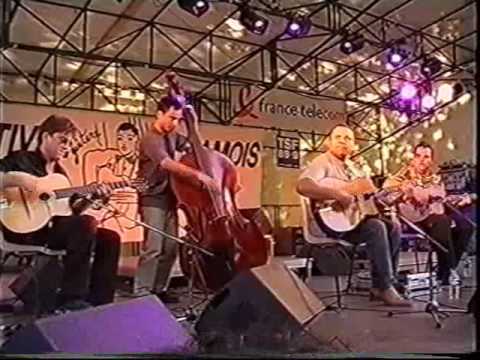